Why are there few Ball jars?

Ball Says: “Consumers staying home over the last months due to the COVID-19 pandemic, has resulted in shifts in demand for food storage containers like Ball® branded glass jars and lids. Ball and the entire canning industry have experienced an unprecedented demand. The demand has resulted in supply constraints, extended lead times, and recently limited product availability at stores and online. ”

Unfortunately, Ball seems to be favouring the big corporates in the USA as such they will give no indication when they will be supplying internationally again.

We recommend you look at the French and German-made Le Parfait, Weck, and Rex (rather than the low-quality, lead-based Chinese jars.) These alternatives have been manufactured in Europe for over 100 years and are more than twice the thickness of the Ball brand.

Secured Shopping
Best security features
Super Fast Shipping
Your order will ship as fast as possible!
Free Returns
Hassle free returns
1000ml (100ml lid) Le Parfait Familia WissPreserving Mason Jar (LPFT1000)
Le Parfait 1000ml Wiss jar with 2 piece lid
At Ozfarmer we have a lot of jars and so when we get excited about a jar, you know it's got to be special!  That's why we love the French made family of Le Parfait jars.
You have gone to all that effort of growing your own food, and now that you want to preserve it, you want the peace of mind to know that it's going to be stored in a jar that won't fail.
That's why we think the Familia Wiss jars are the crème de la crème of preserving jars (very apt given that they are French, oo la la!)
Le Parfait Familia Wiss jars are a mason style jar.  That means that they are heavy duty tempered glass suitable for pressure canners and water baths.
If you are familiar with other types of preserving jars like Agee or Ball, Familia Wiss jars have a 2 piece lid assembly.  2 lid assemblies are considered superior for food preserving, because there is less chance of the lid being wrongly applied or moving during the preserving process, and they are easier to monitor during storage.
Why Le Parfait Familia Wiss?
The nitty-gritty
The flat lid incorporating the seal is called the sealing cap.  Note that these are shipped on the jar in an inverted position to prevent any prior impact on the seal prior to use for preserving.  These sealing caps are single use only.
The screw lid is a one piece lid (rather than a band as is standard for Ball jars).  This lid serves 2 roles: it holds the sealing cap in place during heat processing and once the jar has been opened, the screw lid can then be used as a storage lid.
Le Parfait Familia Wiss jars come in 7 different sizes, allowing you to have a full range for your preserving needs.  The lid sizes are non-standard and are not compatible with other mason lids.  The 3 sizes used are 82mm, 100mm and 110mm so only Le Parfait replacement sealing caps and lids can be used.  On the plus side though, the extra wide openings make it very easy to get your food into the jars.
The 1000ml jar comes in 2 versions: this version is the standard wide mouth 100mm 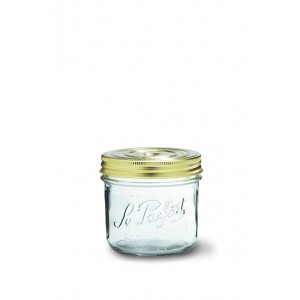 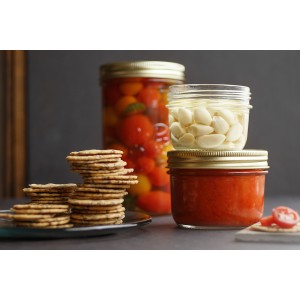 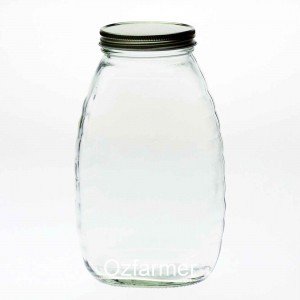 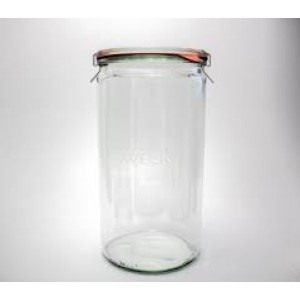 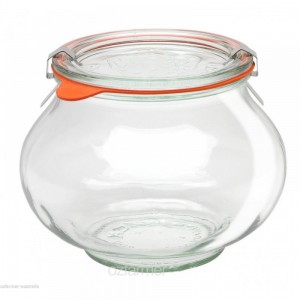 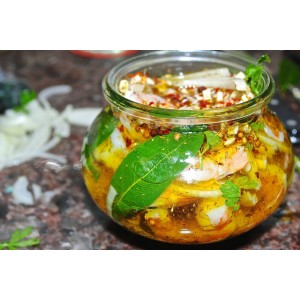 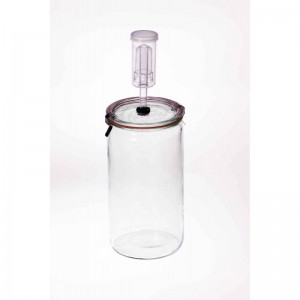 Brand: weck-australia
WECK/ REX Fermenting Jar With Fermenting Lid BPA Free 1.5 Litre Weck Rex Cylinder
Preserve your food the natural way with the Weck Fermenting Jar. Fermenting food is the oldest form of preserving with the technique being in use for ..
$33.00
Ex Tax:$30.00
Add to Cart
Add to Wish List Compare this Product